Three British officers (Australian Unit) are on trial in a military court martial for an incident during the Boer War. England wants to prosecute and find the three guilty for political reasons. They are going to be scapegoats for the whole breakdown of command and the following of orders. We watch the trial play out in real time and get flashbacks leading up to and and after the incident. The odds are stacked against the defendants and the death penalty looms over them. Will the three catch a break and be found not guilty or will they pay with their lives for the crimes.( based on a true story.)

This is one really good film. From the stark military court proceedings to the harsh beautiful African landscapes where the action takes places. Bruce Beresford doesn’t make a wrong move telling this story. He captures every moment and pulls us in and engages us in his historical film. 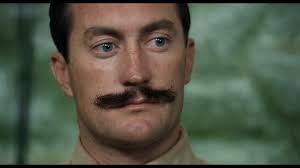 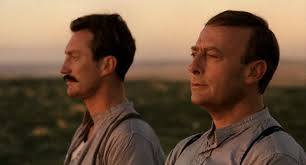 I have seen some very good court dramas but this one is near the top. Well written, Beresford tells a great compelling story (with the camera) and takes us to this time and place. Realistic, brutal and truthful. Great cinematography that captures the mood. War is brutal (even on a small scale like Breaker Morant) and this movie doesn’t pull its punches. It shows the futility and madness of the whole exercise. A nasty bit of business.

“These horrors are committed by normal men in abnormal situations”.