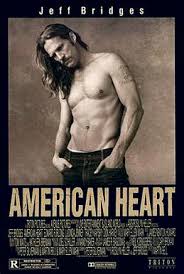 As opening credits roll we see a series of old black and white snapshots. Family shots of days gone by. We are then in real time where a man just gets released from prison. He’s in a restroom at a bus station. A young boy watches him wash up. The young boy is his son and has met up with his father to reconnect. It is soon apparent that the recently released con doesn’t really want the kid hanging with him. The boy, Nick, is persistent and hops on the bus with his dad, Jack, and they head to Seattle. They find a low rent dwelling and set up house. Jack sees that he’s stuck with Nick and gives him his three rules ” Don’t tail me, shadow me or in any way, shape or form jam me”. Jack plans on meeting his ten month parole obligation then heading to make a new start in Alaska. He agrees to take Nick. In the meantime Jack’s old life starts to find its way back into his life and threaten his dream of a new life in Alaska.

CB saw this movie when it first came out and absolutely loved it. Martin Bell makes one of those gritty/no frills films that I can’t get enough of. Jeff Bridges leads the cast and does some of his best work (In CB’s opinion). Not one false moment. He drips the character. Brings Jack to life and as a result his cast mates answer the challenge and are up to it. Edward Furlong as Nick brings a hang dog innocence. he just wants to be with his dad. Lucinda Jenny as Jack’s prison pen pal lover also brings a realism to the role. Don Harvey plays Bridges’ old partner in crime and is all sleezeball, low life. 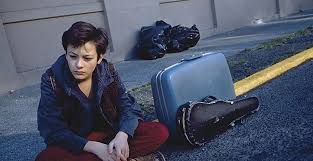 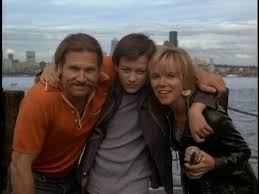 There are a few things that didn’t fit for me (some, not all of the street kid scenes) but not enough to bone the film. The story is so simple and engaging that you want these people to find some happiness. You root for them. So many great scenes. The BBQ in the taxi cab is a classic. All the scenes between the leads are strong. Great soundtrack with Tom Waits on board to help out. His touch is perfect.

Back to Jeff Bridges. Like I said one of my favorite roles by him. You’ll see the beginnings of Lebowski here. Not quite in the laid back mode yet. But you see the similarities. great stuff. 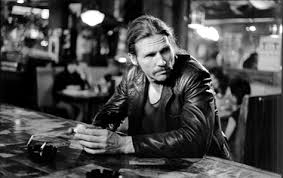 Not a Norman Rockwell painting of the fantasy American family. Just a truthful story of a few people trying to come together despites themselves and circumstances.

“People like us make a lot of mistakes. We have to pick ourselves up”

“You keep me straight and I’ll keep you straight”