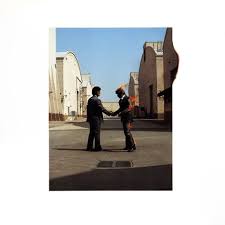 I was already a hard core Floyd guy before this album was released. I ate up all their music before this album. I’ve talked about anticipating certain albums by certain artists and ‘Wish You Were Here” was one of those that I was jacked about. I felt I was in for a treat.

Right from the opening we’re off and I’m in familiar territory, Hearing music from a band I completely dug. Richard Wright colors it and David Gilmour plays some tasty licks. I felt I was being set up (as usual) by the band and I was. Nick Mason joins in and the song takes off. I knew I was in for a good listen. I wasn’t disappointed. 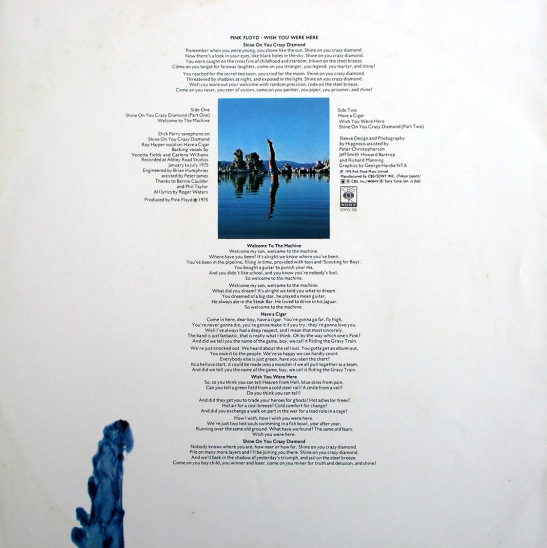 I wasn’t wasting my time on this jam band. New music and ideas with a nod to Syd Barrett. I had him in mind all through the album. It got me a little sentimental and still does. There was a real mystique around Pink Floyd and this album helped to continue that for me. I felt like I was invited to a special listening party. It so

unded and still sounds good today. It certainly felt like a continuation of ‘Dark Side’ and ‘Meddle’.

I really get into their instrumental jags but I do like the lyrics. ‘Have A Cigar’ might have helped CB with his life long taste for the nasty things. Plus it’s one of my favorite Floyd songs.

I got my PF fix with this record and still do. They were still sounding like a really good band and  I was still on the “Gravy Train”. A very good album in my books. The boys sounded like they were putting some feeling into it.