Here’s a few Noir/Crime flicks that I’ve listed. All worth a watch. Dated throw backs. But they all have something that makes them watchable. Cool characters, they look great, great lines, memorable performances. Character actor city. Some cornball dialogue and some forgettable stuff but that’s part of the charm. Lots of bad guys and gals. Black and white cinematography, lots of shadows and cigarette smoking. A few punches to the head and plenty of lip locks. A genre in films that I really dig. Crime and more crime.

Turn down the lights, get some snacks and turn the clock back a few decades to catch some of these entertaining films. “So ya think you’re a tough guy huh?”

“Prison Break! Red Kluger’s out!” Yeah and he’s a bad ass and he is looking for revenge on the people who put him away. the news has put everyone in turmoil. I really can’t add much to that. A ‘B’ picture gem with my buddy Charles McGraw slapping, punching and just being down right mean to everyone. Everything you’d expect from McGraw.  If you don’t know Charles watch this and get a good taste of a Noir/Crime heavy. Get sweaty in the desert with Red and his gang. Hard boiled crime flick.

“Carol, shut up and make some sandwiches”. 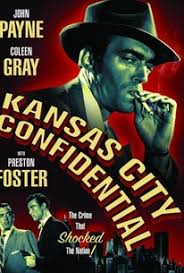 Mr Big sets up a bank heist that works. Except they set up a patsy to take the fall who doesn’t take it lying down. He tracks the gang to Mexico where the bad guys are waiting for their payoff. Above average well shot  B crime/heist flick with lots to like. Great characters and performances especially by the trifecta of Jack Elam, Lee Van Cleef and Neville Brand as the heavies. Worth a watch with just one of those guys but three. Come on, CB hall of famers. Lots of wise guys, knuckleheads, smoking and Jack Elam setting a record for getting slapped. 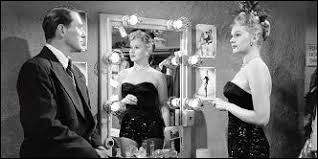 This time Charles McGraw is a cop chasing down bad guys that killed his partner in a heist. Lots of that dialogue I like along with solid camera work and a cast that gives just the right performances. A “B” movie that swings above it’s head. Heist, caper, robbery, stripper and all those things that add up to the bad guys getting theirs at the end. Do not mess with Charlie Mac he’ll track you down. 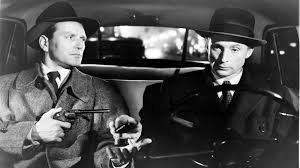 McGraw is a straight hard nosed by the book insurance investigator until he meets a woman who wants the high life. He falls hard for her and starts playing a different tune. Makes a decision to try the other side of the law. Bad choice Charles.

“If you’re lying you get a bullet right between your eyes.”

Out Of The Past

An ex private dick is brought back into the shady world he thought he left behind. Great cinematography, writing,story and performances will keep you engaged. Robert Mitchum is perfect and Jane Greer gives him all he can handle. A step up in the Noir genre. A really good film. Pay attention lots going on. If you’re an ex smoker this film might start the craving.

“You’re no good and either am I”

That’s it folks. Now get lost!