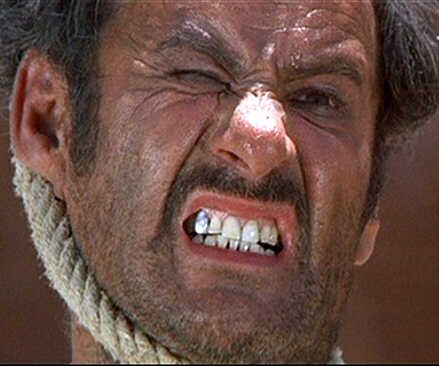 Without a doubt one of my all time favorite film performances is Eli Wallach in ‘The Good, The Bad, The Ugly. He steals the show and it’s a big show to steal it from. I’ve seen ‘The GBU’ to many times to count. Eli is a force of nature in it. He is relentless. He never takes a scene off. He’s nasty, selfish, dirty, ignorant, a liar, violent, funny and a genuine badass.

Wallach breaths life into the character. He makes him a living, breathing person (not a very nice person). Sergio Leone had a stroke of genius in this casting choice. Just say “action’ and let Eli do his thing. He has some big emotional swings. Mostly he’s a self serving, self centered bandit but in a scene with his brother you get some background that might explain a little of why he is the way he is. Wallach as the character “Tuco” stands into this motivation. It justifies his choices to himself as the character. No apologies. If there was one donut left between him and you he would wolf it down and give you a big grin with donut falling out of his mouth. He’s that kind of guy. You can see Van Cleef and Eastwood totally engaged in his performance. I know I was.

Eli Wallach was a great actor and in this role he more than proved it. 11 out of 10 on the CB Meter.

“I’m looking for the owner of that horse. He’s tall, blonde, he smokes a cigar and he’s a pig”

This entry was posted on October 13, 2019 by cincinnatibabyhead in 1966 Film, Eli Wallach, Spaghetti western, The Good, The Bad, And The Ugly and tagged Eastwood, Eli Wallach, Lee Van Cleef, Sergio Leone.