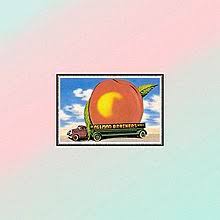 This was my intro into the Allman Brothers music. I had a buddy that knew I dug music so he recommended I get this one “because it’s good and Duane Allman can play” (I knew about Allman from the ‘Layla’ album).  Right from the opening cut it was a different sound for CB (had a taste from Derek and the Dominos). Country twinge with some blues and some wicked slide. Good start. It wasn’t instant attraction but it had my attention. The next cut was like the band was getting tuned up at the start and then the bass kicks in and they take off into an extended jam that cooks.  This cut was kinda what the band was about for me. It grew on CB. I was listening to a lot of jazz and bands like Yes so I was liking the musicians doing this instrumental workout.  ‘Melissa’ is back to the country feel with subtle licks and vocals. I was liking it.

Side two and four was one cut ‘Mountain Jam’. Live. CB figured it out. An album with studio and live cuts (way to go CB you dumb shit)). This was the tune that did it for me. I was into jams and the Allmans go to town on this one. Good work from everyone. Bass and drums laying down the beat. Greg Allman adds some organ which CB always digs. It was akin to the Traffic I was listening to.  The guitar that my buddy was talking about comes into play on this one. He was right with both Dickie Betts and Duane Allman doing good work. This is just one long jam and I was in for the ride.

Side three starts with some more live stuff with ‘One Way Out’ which absolutely cooks. I really dug this one. It’s a Sonny Boy Williamson tune and the Brothers nail it. What a great cut. Did CB say he likes guitar, yeah I think he did. Betts and Allman trade some killer licks on this one. Greg Allman’s vocals were starting to grow on me. The band move into another blues tune with a Muddy Waters cut. These guys were putting their stamp on things. Yeah and that slide sounded real good. The double guitar thing was working for me. 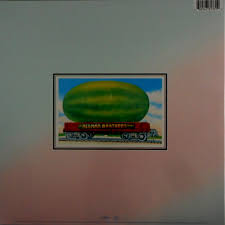 The last songs on side 3 are studio cuts. You just get more of the same real good music these guys were playing. ‘Blue Sky’ is a really good song. Betts takes the vocals. It has the same great playing from the others. Duane and Dickie end the side with an acoustic cut ‘Martha’ It fits.

CB didn’t know a lot about this band, other than Duane’s work (which was starting to really hook me) with Eric Clapton. It took me a while to absorb the music. This is a big bite and it’s a jam filled experience. It certainly wasn’t mainstream and you had to go deep into the FM dial to find a lot of it. The Allman Brothers was a slower appeal for me but it just kept sounding better after every play.  It was just more good music going on my record pile. This was going to keep CB busy for a while. Lots of really good music.