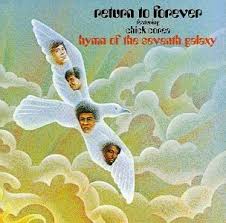 It was just a natural progression that CB would get to this record.  All the stuff he was listening to, King Crimson, Yes, Frank Zappa, Steely Dan and more to the point, Weather Report, Mahavishnu Orchestra, Miles Davis, Herbie Hancock were all in the same vein.

Heavy bass and drums, soaring guitar and great keyboards mixed in.  The first cut has all those elements .  Lenny White and Stanley Clarke lay down rhythm, Bill Connors rips some great guitar solos and Chick Corea fills in on the keyboard.  This was not soft music.  I was hearing similar sounds from the other bands I was listening to but these guys had their own style and sound.

They pretty well stay in this groove for the whole record.  Jamming and laying down some great work.  Both Chick and Stanley take solos on ‘After the Cosmic Rain’.  Clarke’s solo is particularly cool.  ‘Senor Mouse’ ends side two.  Fast tempo with some nice stuff from Chick and Bill.  CB likes loud, hard guitar and he gets some here.  Liking this album a lot. 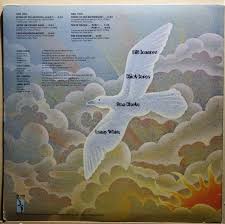 Side Two opens with ‘Mothership’ and just continues on with some very cool music. CB had heard some good keyboard players, Chick was added to that group.  “Space Circus’ takes it down a bit and then gets funky. Laying down a great groove.  CB just was really digging Stanley and Lenny’s work together.  Bill rips another one of those hard solos I like.  ‘Game Maker’ ends the record with Chick and Bill trading licks with bass and drums giving solid support.   I could have listened to a lot more.

The was my intro into this band and it made me an instant fan.  This isn’t soft music. It cuts loose.  If you like the music of the bands I mentioned off the top and if you like music with lots of changes, good playing by all you’ll like ‘Return To Forever’ and this album.  CB really dug this record. It’s really good!