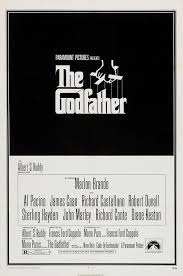 Movie opens in a comfortable  study.  An older man sits in a chair at a desk listening to another man asking for a favor.  The man sits at the desk petting a  cat taking in the other man’s  story of his daughter that was abused.  There are a few other men in the room also listening.  We hear a few more of these favors being asked from various men.  The man taking the requests is the Don, Vito Corleone, the Godfather.  He is the leader of a powerful Italian crime family.  It’s the day of his daughter Connie’s wedding.  We meet the rest of his children along with various other characters during the wedding.

We find out quickly that Corleone is a ruthless, no nonsense boss.  He is approached by Sollozzo, “The Turk” to back up his narcotics business.  The Don respectively declines.  This sends “The Turk” on the attack with an attempt on The Godfather’s life.  With the Don in the hospital another attempt is made on his life only to be thwarted by Michael, the youngest Corleone son.  After this “The Turk’ wants a peace knowing he can’t win this battle he’s started.  He sets up a meeting with the Corleone’s to work it out.  Michael, the reluctant brother is sent to the meet to kill Sollozzo and a crooked NYPD cop.  He accomplishes this and is then sent to Sicily until things cool off.  In the meantime the shit hits the fan and the crime families go to war.  Sonny Corleone, the oldest son is killed in the war.

The Don recovers and makes a temporary peace.  Michael returns from Sicily and takes leadership of the family with his father’s blessing.  He shows his father’s same cold -hearted ruthlessness and takes out the heads of the other families. 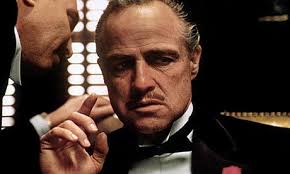 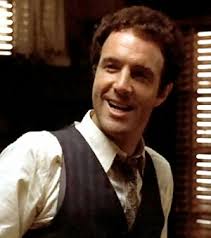 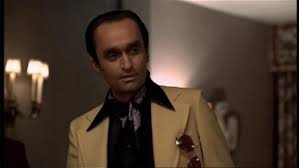 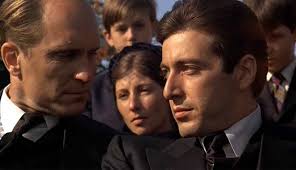 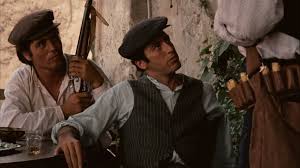 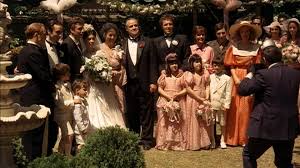 Cincinnati Babyhead was swept up into this world.  Francis Ford Coppola makes a great film with attention to detail, adapting Mario Puzo’s novel.. He puts a lot of care into the film-making process, bringing all the elements together.  The look, the feel, performances, locations, music are all there.

Gordon Willis captures the directors vision with his cinematography.  Puts the viewer in the time and place.  The shots in Sicily are beautiful.  CB felt he’d experienced a slice of that country.

The performances are strong across the board.  James Caan, Al Pacino, Robert Duvall, John Cazale ( CB fave ),  Al Lettieri  and a string of others.  CB really liked Pacino’s work in this film.  Understated and grounded.  Marlon Brando as Vito Corleone pulls off making you believe he’s Italian.  He brings truthfulness to the character.  Great performance.

So many great scenes.  Michael meeting Sollozzo in the restaurant is tense and well played.  Pacino, Sterling Hayden and Letteiri (another CB fave) pull off a gem.  Vitto in the garden with his grandson.  You feel like your watching a home movie.  Brando is great.

Lots to like in this film for a movie lover. Romanticized take on a violent world.  A good story that will engage you, there is a lot going on.  Great film experience.  But keep your head up. 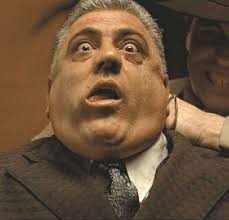 21 comments on “Movie : The Godfather”