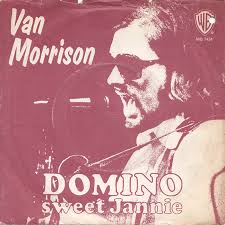 First time CB heard this on the radio he was hooked. The opening just grabs you,  Van’s voice and then he hits it with the horns.  Just so much soul and coolness came out of this song.  Morrison knows how to put a song together.  A smorg of influences coming through him.

This song just makes you feel good.  Does anyone feel his music more than Van?  A one and only.  An all time favorite Babyhead song.  Never gets old.  Van just did it for him.  Loves his style.  One of the coolest songs in the world by one of the coolest guys.  That is some great music.

“Hey Mr. DJ, I just want to hear…” some Van Morrison on the radio.