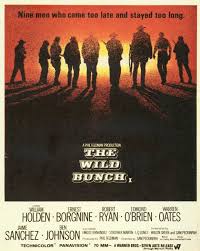 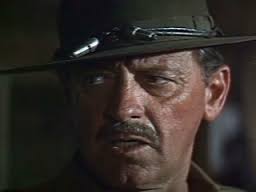 This opens up one of Cincinnati Babyhead’s favorite movies.

The scene continues and chaos ensues.  The soldiers/bank robbers are ambushed coming out of the bank and all hell breaks loose.  The place gets shot up with everything and everyone a target.  The five surviving bank robbers escape the massacre and rendezvous at a chosen spot.  They regroup and decide to head for Mexico to lick their wounds and take it from there.  “One more big score and back off”

The men in town who set up the ambush also regroup and are sent after the rest of the bunch.  These bounty hunters are lead by Deke Thorton an ex-partner of Pike who leads the bank robbers.  Thorton is given 30 days to bring the bunch back or he goes back to the state prison in Yuma.

Pike and his gang make their way to Mexico and meet up with Mapache a bandit who calls himself a general.  Pike makes a deal with the bandit to steal guns and ammo from an American supply train making $10,000 on the deal.  They get the guns and make the trade.  One of the bunch, Angel, is taken prisoner during the exchange for taking a crate of guns and giving to his people who are fighting the general.  Pike and the rest of the bunch don’t like it but it’s part of how they do business in their world.  Shortly after the bunch has a change of heart and they go to get Angel back.  They are facing impossible odds.  Just the way they want it.

‘The Wild Bunch’is a great film.  Great scenes, dialogue, performances, cinematography, writing, music, characters, direction, story.  There is a lot going on in this film other than violence.  Lots of lines get crossed.  Love the idea of a group of men who are at the end of their careers.  Time has caught up with them and is passing them by.  They’re not ready for retirement.  They don’t know any other life and it’s too late to change.

Lucien Ballard’s camera work catches everything and gives you the feel of the country.  He and Sam also catch some great performances with some very subtle touches.  Jerry Fielding’s music fits.  Peckinpah is firing on all cylinders.  He doesn’t make a wrong move.  He knows this story and these kind of men.  He gets the bond and the camaraderie between them.  He picks up the subtleties of what the characters are going through especially Pike, Dutch and Angel.  Good work Sam! 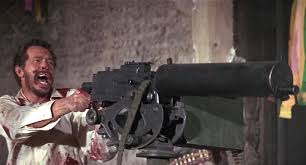 William Holden as Pike is absolutely dead on.  His performance is one of the best.  He nails so many scenes.  Everyone he’s in.  From his opening line “If they move.. kill em” to “Lets go” at the end.  He had the weight and the chops to pull it off.

Way too much to comment on with this movie.  Just watch it.  Fantastic.  One of the best.

” Me and the boys have got some work to do.  You want to come along?  It ain’t what it used to be but it’ll do” 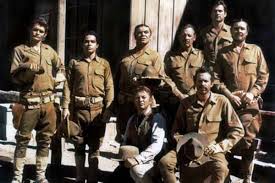